As we mentioned in a previous article, the risk of rental vacancy is one of the most important risks associated with any real estate investment. If an apartment remains unoccupied, not only will the owner no longer receive any rental income, but he will have to continue to pay the charges. In an economic context where the major risk for the real estate sector shifts from a consequent rise in interest rates to vacancies and payment defaults, participative investment in condominiums offers additional protection compared to owning an individual apartment in a condominium.

Dilution of the vacancy risk on several rental units

If one of the units remains vacant or if one of the tenants does not pay his or her rent, the co-owners continue to collect the rents from the other apartments. This is referred to as a dilution of the vacancy risk over several rental units. Whereas in the case of the possession of an individual apartment, the owner loses all of his rental income and continues to pay charges.

This dilution of risk is proportional to the number of rental units: the more apartments a building has, the less the impact of vacancy will be felt, because the vacancy risk to which the co-owners are exposed is diluted over several tenants. It is therefore more advantageous in a building with a high number of apartments.

With a relatively affordable amount, each investor can thus diversify his investment over 16 rental units.

Foxstone takes a conservative approach in establishing the financial plan for each building and in calculating the expected return. For example, we incorporate a loss on rent forecast into the yield projections based on the historical rents of the building. This is a forecast and not a provision, i.e. the announced return takes into account the fact that an apartment may remain unoccupied. If during the year, all apartments are occupied without interruption, the distributed yield will be higher than the announced yield. This is a safety margin when calculating the expected return to ensure that it is as close as possible to reality.

Let us take again the example of the building of Broc. With an occupancy rate of 100% throughout the year, the rental income of the building amounts to CHF 248’760. In the calculation of the expected net income we subtract, in addition to the other expenses, CHF 10’000 in anticipation of a possible vacancy of one or more of the apartments during the year. This forecast amounts to 4.02% of the rental income of the building whereas in 2020 the vacancy rate of the municipality is only 0.3%1. We thus arrive at an expected net return on equity of 5.81%.

The participative investment in co-ownership allows a diversification on several rental units and this from the first transaction, whereas it would require very important capital and a lot of time to be able to reach this same level of diversification with individual apartments. Foxstone takes a conservative approach in calculating expected net income to ensure that it is as close to reality as possible.

For more information, see our FAQs. Minimum amount to invest in real estate crowdfunding with Foxstone

Foxstone’s ambition is to democratize and digitalize real estate investment for the Swiss middle class. The company offers participative investments that allow to invest in real estate in tranches and to become co-owner of a fraction of a high yield building. Each share of co-ownership…
Read more 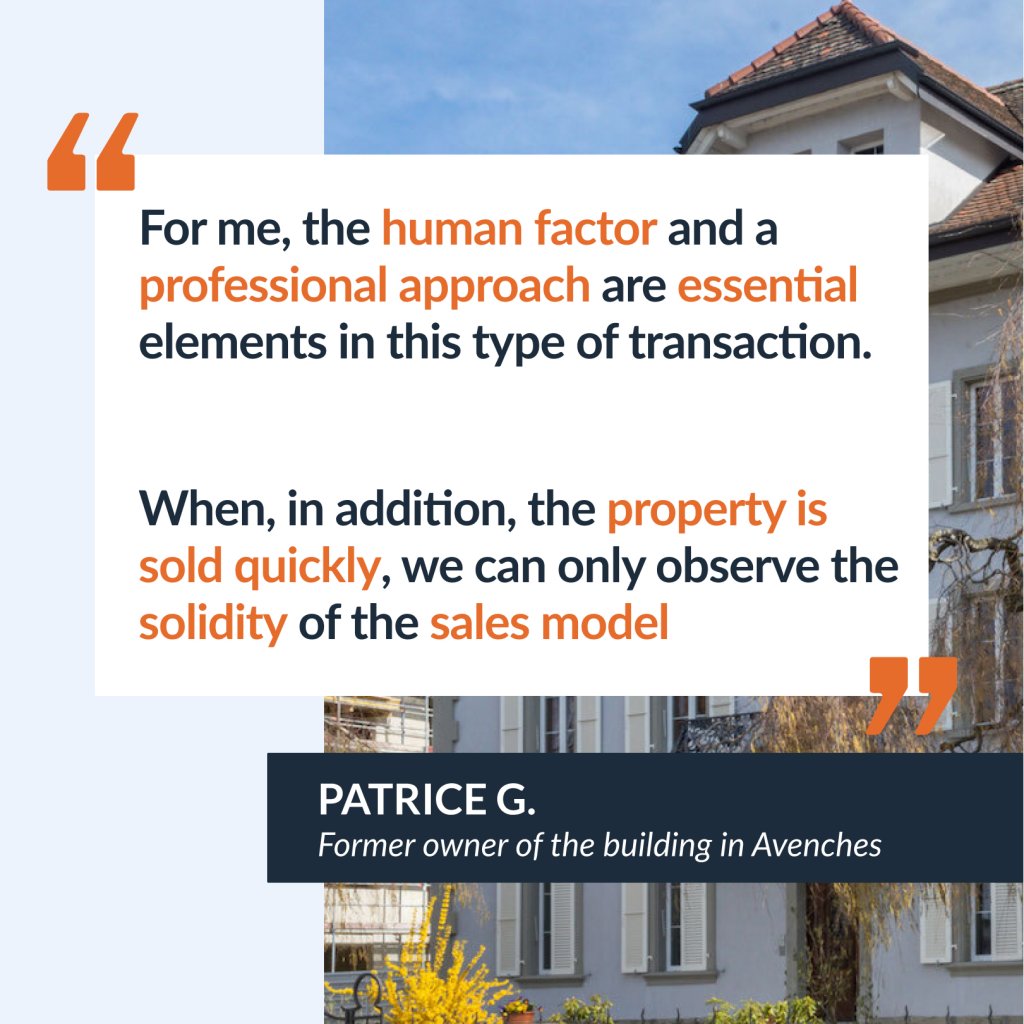 Interview with Patrice G. former owner of the building located in Avenches

This building was sold in 5 days on the Foxstone real estate crowdfunding platform. First of all, can you tell us a little bit more about yourself? Hello, my name is Patrice, I am 59 years old, I am a company manager and I have…
Read more A new investment opportunity in real estate crowdfunding is now available on our platform. It concerns a high yield property located in Lully (canton of Fribourg), for a transaction amount of 3.1 million francs. The minimum investment is CHF 25’000 and the projected net return…
Read more
Ready to get started?
Create an account now without commitment to get access to our offers. It is free!
Sign up
We use cookies to ensure that we give you the best experience on our website. If you continue to use this site we will assume that you are happy with it.
Learn more